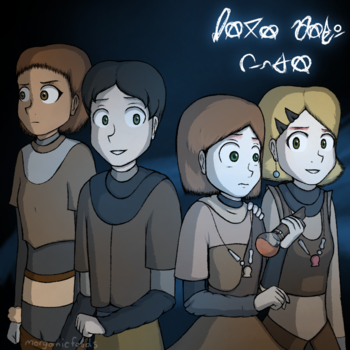 Anecdote of Error is a webcomic by morganicfoods. It can be read here

, which is the most frequently updated.

Atshi Sonel wakes up one day to find out she has been accepted to Mityaitimai Tshetshume School. Little does she know that she was only let in due to a clerical error, and as such she is at the bottom of her class. But when her school is under attack, she finds herself in the middle of a war.

Zeya: I don’t wanna hurt you guys.
Shimei: Then why are you here?
Yensha: There’s no way Olyak would send just three soldiers to steal our magic items. [...] This was a distraction. […] So, I have a question. A distraction from what?
Zeya: They’re already here.