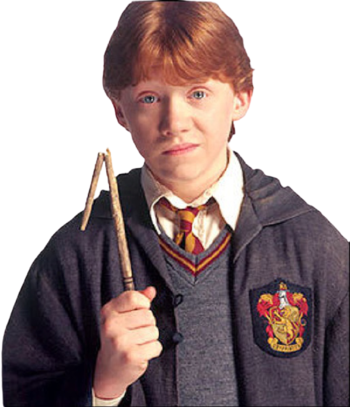 The Inept Mage is not a charlatan or fraud; he actually does have the ability to do Real Magic. However, he lacks finesse and actual skill. His spells frequently backfire, producing an effect other than he intended. This can be a source of comedy.

Quite often though, an Inept Mage will have moments of Crouching Moron, Hidden Badass when things he tries finally go off without a hitch, in spectacular fashion, in a critical moment, reminding characters and audience both why they're there. As a consequence, it can be an excellent Obfuscating Stupidity mask: be wary of all characters whose spells always work when really needed. Alternatively, he may get results similiar to Achievements in Ignorance, with the spell working better than intended, but not in the way intended.

Due to their erratic spellcasting capabilities, Inept Mages tend to be the most frequent users of Wild Magic, potentially even mastering it: rather than attempt to control the magic, they put their faith in the magic they summon, allowing it to do as it will. This type of mage can become Unskilled, but Strong, with their magic being Powerful, but Inaccurate. If they don't, they'll probably be Powerful, but Incompetent.

Dolly is not very successful as a witch. All of her attempts at mixing various potions end rather explosively.

Dolly is not very successful as a witch. All of her attempts at mixing various potions end rather explosively.