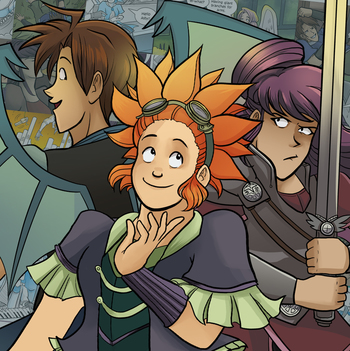 is a humorous fantasy adventure webcomic by Christina Major following a zealous paladin, flippant energy harvester, and curious spiky haired tinkerer. They set off on fantastic adventures through the strange, surreal, magical and mystery-riddled Myriad Worlds, leaving each place a little more weird than the last.