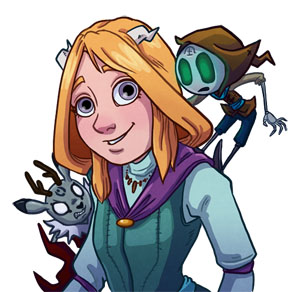 Trystan and her creepy dolls

is a long format fantasy webcomic that began in December 2011.

The story follows a young woman, Trystan, and her cursed doll companion, Phinny. She's a fauni witch but inexperienced in magic, and she was desperate and lonely enough to befriend said cursed doll. Throughout the story, they try to better themselves and to fight their respective fates.

This comic is ongoing.