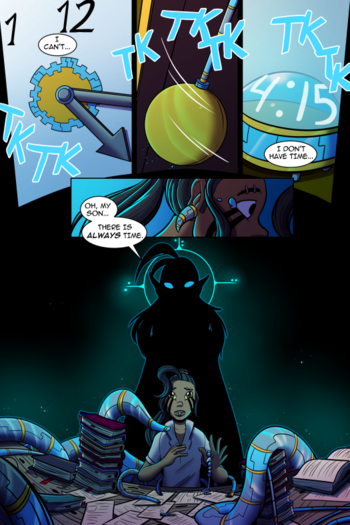 Welcome to Tellurius. The country is divided after the fall of the Gods more than sixty years ago. The people have lost faith that there were even Gods to begin with.

A recently widowed woman hires four men and gives them one objective: take over the country and repair the damage that has been done. Each of the men are gifted with abilities that should make the task easy. However, with their gifts come a slew of bad traits that keep them from effectively taking the country. This comic follows the story of the four men and the people surrounding them.