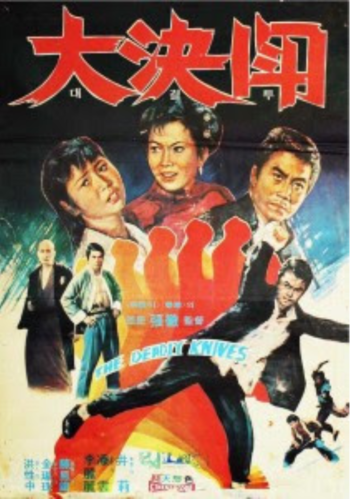 Set in the early days before the Second Sino-Japanese War, the college sweethearts, Yan Zi Fei (Ling) and his fiancée, Guan Yue Hua (Li Ching) are returning home from Shanghai to Yan's hometown. The wealthy Yan family, who deals in property development, is facing territorial dispute against the rival Guan family, not helped by the invading Japanese forces - led by the tycoon Ogawa, affiliated with local Yakuza kingpin Ishikawa - who had their eyes on a nearby forest which is the Yan family's ancestral land and prized heritage. What makes matters worse is that before Yan can tie the knot with his sweetheart, he ends up discovering his adoptive younger sister, Chiao-chiao, have feelings for him as well. And with the revelation of a traitor in their family who had sided with the Japanese, everything's going to hell...

It's really no coincidence that this film is released roughly the same time as Bruce Lee's Fist of Fury, is it?

Ling Yun will partake in yet another Shaw film set during the Sino-Japanese war, Heroes of the Underground, the following year.