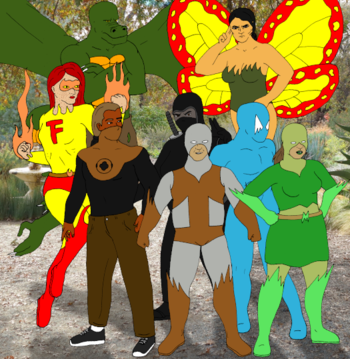 Almighty Protectors is a superhero Webcomic by Ave Messer, hosted on ComicFury and Tapas Media that follows a team of characters as they right wrongs in their own universe and beyond. The Comic Fury site is here

while you can find it on Tapas here

. It is also a member of the superhero webcomic collective, Collective of Heroes.