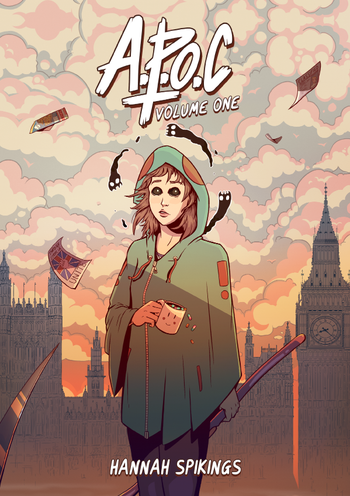 (or A.P.O.C) is an ongoing supernatural webcomic by Hannah Spikings.

It originally debuted on the 5th November 2017.

The year is 2045. The United Kingdom is a mess and its capital a shadow of its former self. Within the winding streets of London are four young adults with the powers of the Four Horsemen of the Apocalypse, trying to live their lives in relative peace after escaping from a secret lab some years ago. Some have managed to find a sense of equilibrium. Others, however...

But it's okay. It's not the end of the world.

Updates every Wednesday. First page can be found here