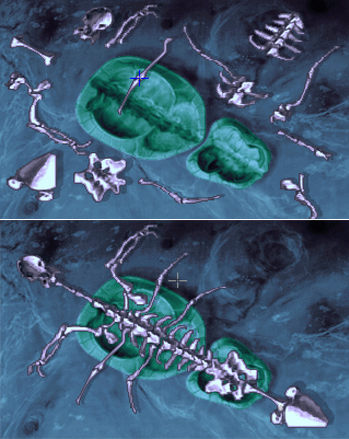 Hope you can reconstruct this skeleton perfectly.
Good luck if you never found the one easy-to-miss hint!
"The world's most difficult trick is beyond this point."
— Lufia II: Rise of the Sinistrals
Advertisement:

The equivalent of That One Level or Boss for Solve the Soup Cans and other similar adventure game puzzles. These may sometimes require the use of bizarre logic or unforeseeable actions to solve.

Remember not to list "every puzzle in game X" as an example; the whole point of That ONE Puzzle is that it's remembered to be much harder than the others around it, not simply that it's difficult.