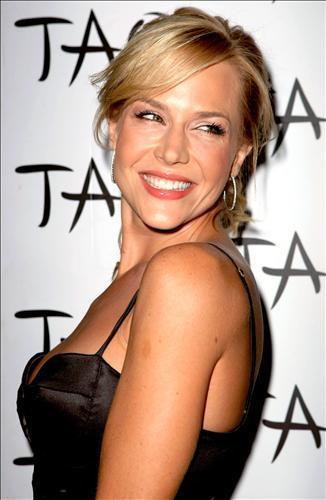 Julie Benz is an actress, born July 1, 1972 in Pittsburgh, Pennsylvania, best known as Darla from Buffy the Vampire Slayer and Angel, Rita Bennett on Dexter, and Stephanie Powell on No Ordinary Family, as well as such movies as Jawbreaker, Shriek If You Know What I Did Last Friday the 13th, Rambo IV and Saw V. She starred in Syfy's Defiance as Mayor Amanda Rosewater from 2013-15, when the show was cancelled.

She was once married to Voice Actor John Kassir.

Not known to be related to anyone named Mercedes.note although she did co-star with one on Buffy and Angel

This actress exhibits the examples of: