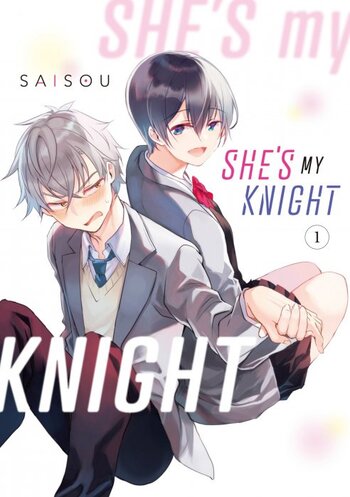 Haruma Ichinose, 17, has been popular since he was born. So popular, in fact, that he figured no one could even come close... until he met Yuki Mogami. She's tall, cool, collected, and totally makes him crazy. He may just be in love... but can he deal with falling for someone even more dashing than himself?
Advertisement:

She's My Knight (イケメン彼女とヒロインな俺!? Ikemen Kanojo to Heroine na Ore!?, literally "She's the Prince and I'm the Princess?!") is a Romantic Comedy manga by Saisou, published since 2019 by Kodansha.

Has nothing to do with How to Treat a Lady Knight Right.