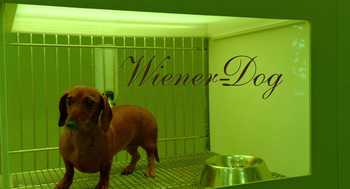 Wiener-Dog is a 2016 Black Comedy by Todd Solondz, which is also a sort of sequel to Welcome to the Dollhouse. The film follows the dramas of four people who all own the same dachshund.
Advertisement:
Advertisement: