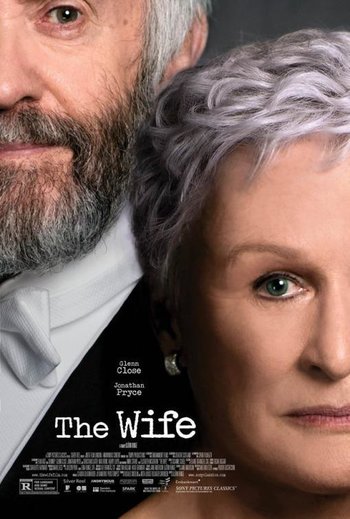 The Wife is a 2018 film starring Glenn Close as the overlooked wife of a world-renowned, Nobel Prize-winning novelist (Jonathan Pryce).

Tropes found in The Wife: