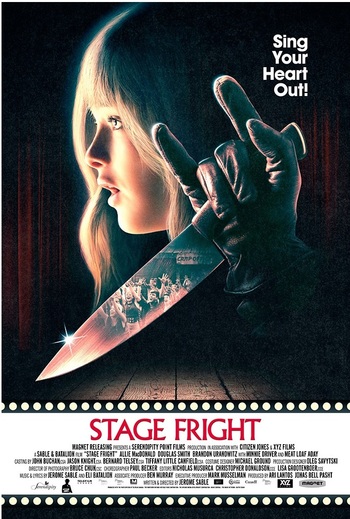 "Sing your heart out!"
Advertisement:

Camilla Swanson is a teenage girl who desperately wants to be an actress like her deceased mother. She auditions for a musical production at the performing arts summer camp where she works as a cook, and wins the lead. Despite it being a revival of the production her mother was starring in when she died, all goes well. Then the murders begin.

Not to be confused with the animated short, the 1950 Hitchcock film, or the similarly-named 1987 slasher.