Film / Spider Baby or, the Maddest Story Ever Told 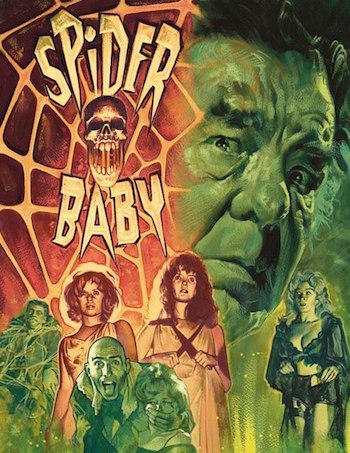 The film centers around the Merrye family, whose members are affected by the Merrye Syndrome, which causes them to regress into crazy and cannibalistic beings. Looking after them is family's chaffeur Bruno (Chaney).

Problems arise as new legal guardians are given to the family, and their overnight stay turns out to be very troublesome.