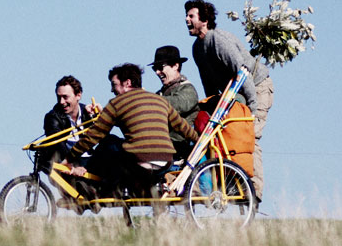 It's all downhill from here on.
Advertisement:

Third Star is a 2011 British film starring Benedict Cumberbatch, J.J. Feild, Tom Burke, Adam Robertson and Hugh Bonneville. It tells the story of James, a young man who has terminal cancer and less than a year to live. On his 29th birthday, he and his friends set out for one last trek to Barafundle Bay, James's favourite place on Earth.