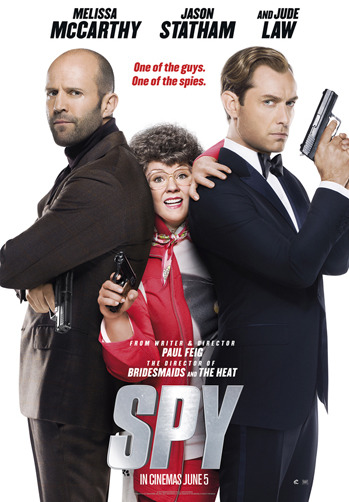 Susan Cooper (played by McCarthy) graduated at the top of her CIA cohort 10 years ago, but is now relegated to a desk job, serving as the Mission Control for field agent Bradley Fine (played by Law) while secretly pining for him.

When Bradley is murdered while investigating a nuke that arms dealer Rayna Boyanov (played by Byrne) is selling, and other CIA operatives' identities are exposed, Susan decides to step into the field to stop the nuke sale and avenge Bradley. Along the way, she is supported by her best friend Nancy (Miranda Hart), whilst former operative Rick Ford (played by Statham) takes things into his own hands instead.