Film / Once Were Warriors 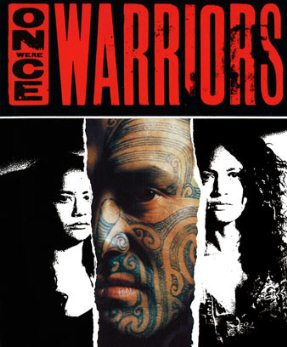 Based on the novel by Alan Duff, Once Were Warriors is a 1994 film set in New Zealand and dealing with the trials of a dysfunctional working-class Māori family. It was famous on its release as a result of its hard-hitting depiction of low-life, abuse and poverty among poor urban Māori (something of a hot-button issue in New Zealand).

Due to its success it became something of an icon for the New Zealand film industry of the 90s, creating a number of persistent NZ cultural memes and adding to the cult status of Temuera Morrison.