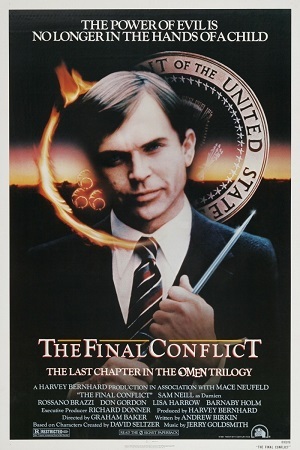 The second sequel to The Omen, released in 1981. Also known as simply The Final Conflict.

The Antichrist Damien Thorn (played by Sam Neill) is now an adult who tries to use his position as an influential politician to bring about Armageddon, while preventing the Second Coming of Christ, the only one who can stop him.