Film / Before I Go to Sleep 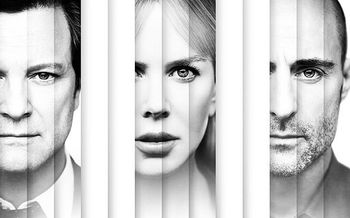 Before I Go to Sleep is a 2014 British/American Mystery/Thriller film based on the 2011 novel by S.J. Watson. It stars Nicole Kidman as Christine Lucas, who wakes up each day with no memories of a chunk of her life. Every day she has to be reminded of who she is by her husband, Ben (Colin Firth) and come to terms with her life. When a neurologist, Dr Nasch (Mark Strong) contacts her to help her rebuild her memories and her life, all is not quite what it seems.

Before I Go to Sleep contains examples of: