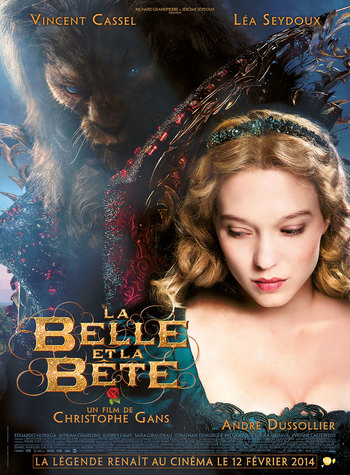 "Return me to him. It is my only wish. My only desire..."
Advertisement:

Directed by Christophe Gans (Brotherhood of the Wolf) and released in 2014, La Belle et la Bête (Beauty and the Beast) is a French adaptation of the classic French fairy tale Beauty and the Beast by Gabrielle-Suzanne Barbot de Villeneuve, while appearing to take some cues from both the Jean Cocteau and Disney versions of the story.

The film stars Léa Seydoux as Belle, Vincent Cassel as the Beast and André Dussollier as Belle's father.