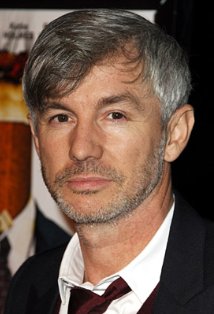 "So, what is creative freedom? We can make what we want, how we want. The only constraint is: not for any budget."
Advertisement:

Mark Anthony "Baz" Luhrmann (born 17 September 1962) is a BAFTA-winning Australian screenwriter, director, and producer known for his stylistic films, such as Moulin Rouge!.

He has also been involved with various theater productions.

Works Luhrmann has been creatively involved with: