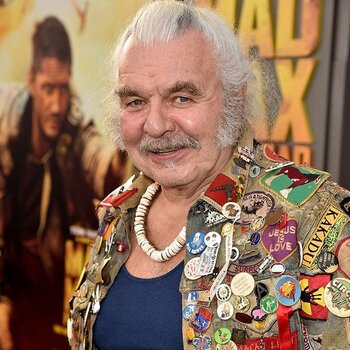 A former member of the Royal Shakespeare Company, he was best known for his roles as Toecutter in the original Mad Max and as Immortan Joe in Mad Max: Fury Road.