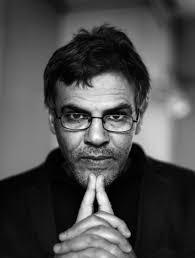 Abdellatif Kechiche (born December 7, 1960 in Tunis) is a Tunisian-French director, screenwriter and actor.

To non-French audience, he is probably most well-known for directing Blue Is the Warmest Color, which won him the Palme d'Or at the 2013 Cannes Festival.

He is well known for his naturalist films. He comes himself from a working-class immigrant background; his movies are famous for depicting themes of social struggle and racism. He is also known for casting beginner actors in his films.

Tropes he often uses in his work: