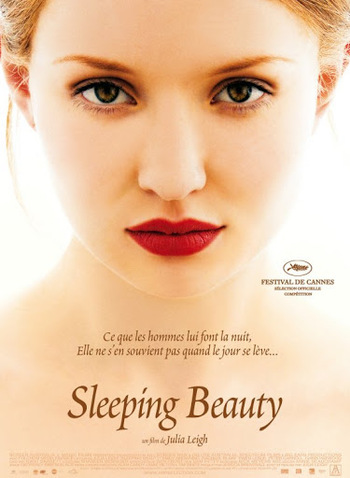 Lucy (Browning) is a college student constantly looking for work. One day, she answers an ad in the school newspaper, which leads her down a rabbit hole of strange prostitution and absolute discretion. Based mainly on short story House Of The Sleeping Beauties, and less on the Disney film of the same name.