Film / House of the Sleeping Beauties 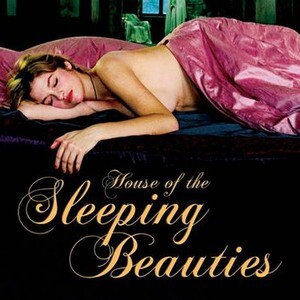 House of the Sleeping Beauties is a 2006 film directed by Vadim Glowna.

Glowna also stars as Edmond, a businessman in his mid-60s. Fifteen years ago, his wife Monika and daughter Kiki died in a car accident that Edmond suspects was a murder-suicide—his marriage with Monika was on the rocks and they'd talked about divorce. Edmond has never recovered from the tragedy, simply going through the motions of life ever since, while mired in depression.

Edmond's friend Kogi (played by none other than Maximilian Schell) suggests a way for Edmond to snap out of his eternal funk: go to a brothel. Kogi suggests a particular brothel, and a very strange one. Edmond arrives and is surprised to find out that the woman reserved for him has been drugged into unconsciousness. The madam (Angela Winker) explains that the girls will not wake up while Edmond is there and that he must leave before they do finally wake up. She also says that Edmond is not to penetrate any of the girls, although it's more of a wink-and-a-nod acknowledgment that there's nothing to stop him.

Edmond becomes a regular customer of the brothel, cuddling up with a succession of gorgeous, naked young women, nights that inspire him to go on long philosophical monologues about life, death, youth, and age. But there's a darker side to the brothel, even beyond the rather creepy premise. One night, Edmond sees the madam and a couple of flunkies carrying away a corpse...

An adaptation of the 1961 Japanese novel The House of the Sleeping Beauties by Yasunari Kawabata. In 2011 the novel was again adapted, much more loosely and with a Perspective Flip onto one of the sleeping women, as Sleeping Beauty.