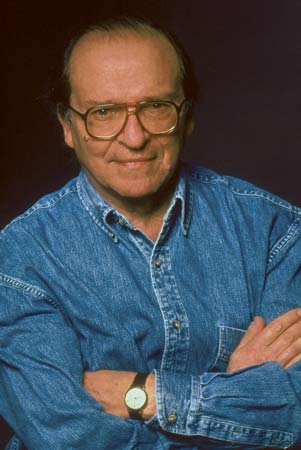 "All great work is preparing yourself for the accident to happen."
Advertisement:

Sidney Arthur Lumet (June 25, 1924 – April 9, 2011) was an American film director. He is probably most famous for his debut film, 12 Angry Men, and the films Dog Day Afternoon and Network.

Lumet was born in Philadelphia, Pennsylvania and studied theater acting at the Professional Children's School of New York and Columbia University. He started out in the theater acting, and even did a film as a child actor (1939's One Third of a Nation) before becoming a director of stage and then live dramas in the "Golden Age of Television" in the 1950s. Known as an "actor's director"; several actors who starred in his films were nominated and won Academy Awards for their performances.