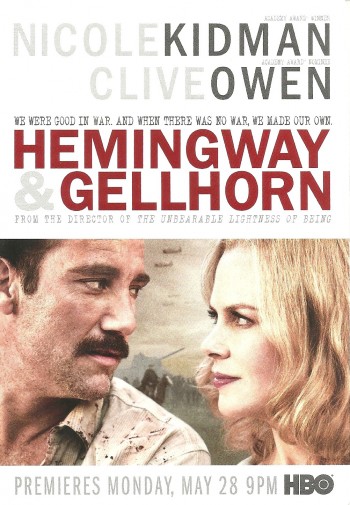 "We were good in war. When there was no war, we made our own."
Advertisement:

Gellhorn and Hemingway meet by chance in a bar in Key West. Intrigued by the young woman, Hemingway invites her to his home where his friends have gathered to screen an unfinished movie about The Spanish Civil War. Gellhorn becomes impassioned with the movement and signs up to leave for the front the next day. Hemingway (who had been content to fish, fight and drink in comfort) is compelled to follow himself. Once there, they begin one of the most bizarre and eventful love stories ever lived.