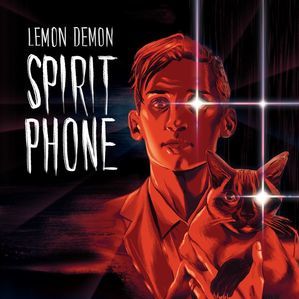 Don't touch her. Don't look at her. My kitten knows tae kwon do.
"Due to my strong personal convictions, I wish to stress that this record in no way endorses a belief in the occult."
— The last lines of "Lifetime Achievement Award", referencing the opening graphic of Michael Jackson's Thriller.
Advertisement:

Lemon Demon is a one-man band created by internet personality Neil Cicierega, active from 2003 onward. To date, seven albums have been releasednote plus a "live" album and two EPs, as well as four more albums that are so old nobody cares, the first four of which are now available for free.

Most of his songs could be considered Mind Screw, though given he created Animutation, this isn't very surprising.

The most widely recognizable Lemon Demon song is still 2005's "The Ultimate Showdown of Ultimate Destiny", which was accompanied by a Flash animation.

"I wish these tropes could take me away!":