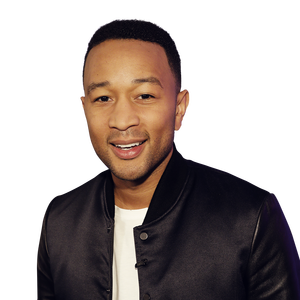 Prior to the release of his first album, he gained momentum by working with several established artists. Said album, Get Lifted, was released 2004; it included the much-acclaimed single "Ordinary People". In 2014, he hit the top of the Billboard Hot 100 with "All of Me", a single off his fourth album, Love in the Future.

Legend wrote "Glory" for the 2015 film Selma with Common, and for the 2017 film Beauty and the Beast (2017) he performed a Rewritten Pop Version of the titular song with Ariana Grande. He's also an occasional actor; he appeared in La La Land among other works.

In 2018, he became one of the few people to win the Emmy, Grammy, Oscar, and Tony Awards, completing the EGOT grandslam in 2018 with Jesus Christ Superstar Live in Concert.

He joined The Voice as a panelist for the show’s sixteenth season in 2019.

He married model Chrissy Teigen in 2013.

And yes, he knows

Tropes in his music: