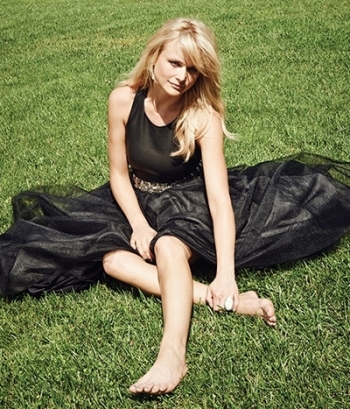 Miranda Leigh Lambert (born November 10, 1983) rose to fame in 2003 as the third-place finisher on the first season of the musical competition Nashville Star. After singing backing and duet vocals on first-placer Buddy Jewell's debut album, Lambert secured a contract with Epic Records Nashville. Her debut album Kerosene was released to critical acclaim and strong sales, although its singles did not perform well (the title track, at #15 on Hot Country Songs, being its best showing).

Crazy Ex-Girlfriend followed in 2007 on Columbia Records, due to the closure of Epic's Nashville branch. This album brought her into the top 10 for the first time with the single "Gunpowder & Lead". It also got critical acclaim for its revengeful material. Revolution in 2009 includes her first and second number one hits, "The House That Built Me" and "Heart Like Mine". 2011's Four the Record, her first album for RCA Records, includes the #1 hit "Over You", and three more Top 10 hits. Platinum, released in 2014, became her first album to top the Billboard 200, and includes the hits "Automatic" and "Somethin' Bad", the latter a duet with Carrie Underwood.

Lambert is known for her comparatively grittier style. Although it took her three albums to top the charts, Lambert has been a longtime critical darling, with several Academy of Country Music and Country Music Association awards, plus a Grammy for "The House That Built Me".

Lambert also recorded two discs with Ashley Monroe and Angaleena Presley as the side project Pistol Annies. Between 2010 and 2015, she was married to fellow country singer Blake Shelton.