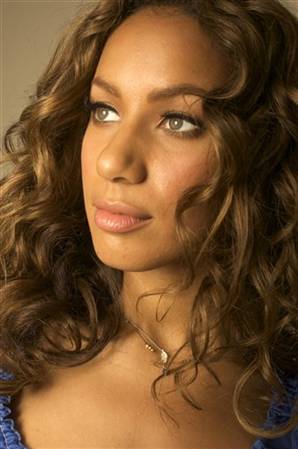 Leona Louise Lewis (born 3 April 1985) is a Britpop and R&B artist, born in London to a Guyanese father and Irish mother, who rose to fame after winning The X Factor (The British version) and earning critical acclaim for her first album, Spirit in the USA. She is the show's most successful winner and second most successful contestant overall (behind One Direction).

Known for songs like "Bleeding Love", "I See You" and "Footprints In The Sand".

She and her music provide examples of: