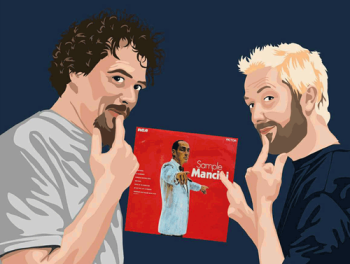 British electronica duo formed by Fred Deakin and Nick Franglen. Mainly known for chill-out tunes... and having really neat-o sleeve art, thanks to their other job as graphic designers.