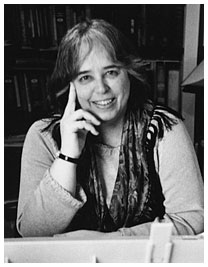 Jane Hyatt Yolen (born February 11, 1939) is an American Fantasy author whose works have won, or been finalists for, numerous Nebula Awards. Many of her works are aimed at a Young Adult audience. The Holocaust story, The Devil's Arithmetic is common in School Study Media. She was given a lifetime-achievement World Fantasy Award in 2009, and a Grandmaster Award by the Science Fiction Writers of America in 2017. Her favorite themes include fairy tales and Arthurian lore.

In 2012 she became the first woman chosen to deliver the Andrew Lang Lecture at the University of St. Andrews in Scotland, joining such other notable names as J. R. R. Tolkien.