Before the Brothers' War. Before the Five Colors of Magic. 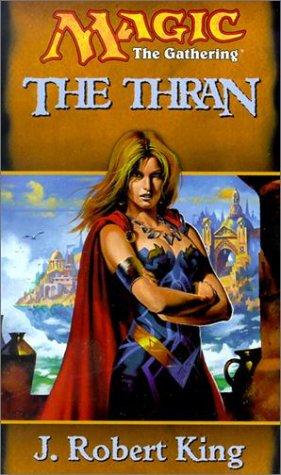 The Thran is the story of the Precursors of Dominaria, the original setting of Magic: The Gathering. The novel focuses on the conflict between Yawgmoth, the future founder and "god" of Phyrexia, and Glacian, the Genius of Halcyon. Caught in between them is Glacian's wife Rebbec (who may or may not be the spirit of Gaea in today's Dominaria). It provides a great deal of exposition about the Thran Empire and other civilizations that shared the plane with it during ancient times.

If you've read any part of the story surrounding Urza and his accompanying blocks in the game, you know that this does not end well.

The Thran provides examples of the following tropes: