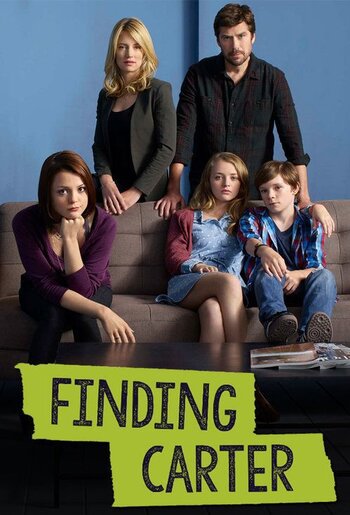 Carter Stevens enjoyed her life with her carefree single mother Lori, until one night after she's arrested for trespassing while on a nightly jaunt to an amusement park. This arrest reveals a shocking secret: Lori Stevens isn't her real mother, but instead a woman who kidnapped her from her real parents, Elizabeth and David Wilson, when she was three. Additionally, Lori has apparently vanished into thin air, and Elizabeth is a police officer who has made it her mission to capture her. Carter also discovers that she has a fraternal twin sister, Taylor, who's grown up into a goody-two shoes thanks to her parents' paranoia over what happened, and a younger brother named Grant, who feels unappreciated and ignored.

Despite bonding with David, Grant, and, after a little while, Taylor, Carter soon grows to resent Elizabeth, especially as she still views Lori as her "real" mother. With the FBI trying to track down Lori, Carter hopes her mother can find her first so they can be reunited and escape together.