Literature / The Return of the Condor Heroes 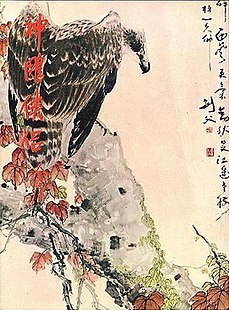 The Return of the Condor Heroes is a Wuxia novel by Jin Yong and the second part of the Condor Trilogy, following The Legend of the Condor Heroes. It was first serialised between 20 May 1959 and 5 July 1961 in the Hong Kong newspaper Ming Pao. The story revolves around the protagonist, Yang Guo, and his lover, Xiaolongnü, in their adventures in the jianghu (also called wulin, the community of martial artists), which does not approve of their taboo love between master and apprentice.

Alternate English titles of the novel include The Giant Eagle and Its Companion and Divine Eagle, Chivalric Companion. Jin Yong revised the novel in 1970 and again in 2004. There are 40 chapters in the second and third revisions. Each chapter has a title composed of four Chinese characters. Most of the revisions are either clarifications or minor alterations of character motivations.

It is followed by Heaven Sword and Dragon Sabre.

Return of the Condor Heroes presents examples of: