Literature / One Bullet Away 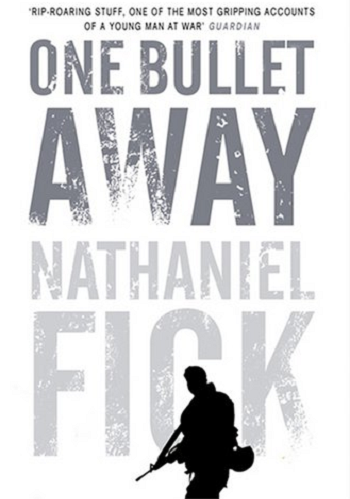 Marine commanders, like all great warriors, are able to kill that which they love most - their men.

One Bullet Away: The Making of a Marine Officer is Nathaniel Fick's autobiography, describing his training as a Recon Marine, his brief time in Afghanistan and his part in the invasion of Iraq.

Fick is perhaps better known for appearing in another work: Evan Wright's Generation Kill, and the HBO series based on that book.