Literature / One Fine Day in the Middle of the Night 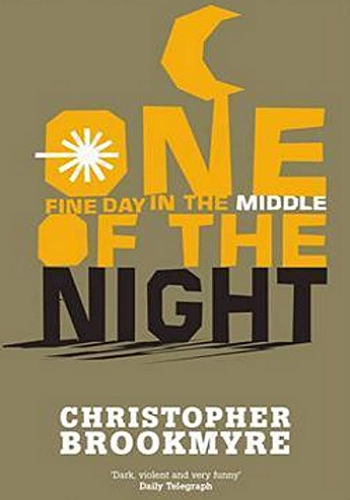 In this novel, Brookmyre takes his fictitious revenge on the kind of British holiday resort which is designed to never confront the holidaymakers with the fact that they've left good, old Britannia.

The resort in question is a converted oil rig, to which its designer, Gavin Hutchison, invites all his old class mates before shipping the monstrosity off to some African coast, so that in the future wealthy Brits can enjoy a warmer climate without otherwise being exposed to anything foreign.

None of said class mates actually remember who Gavin is, but how often do you get a chance to party at a luxury resort if you're a common mortal? And the drinks are free... So most of them show up.

What they're sadly unaware of is that a mysterious bunch of terrorists are also planning their very own kind of party on the rig.

And what the terrorists, in turn, are unaware of is that retired Police Inspector Hector McGregor is on to them.