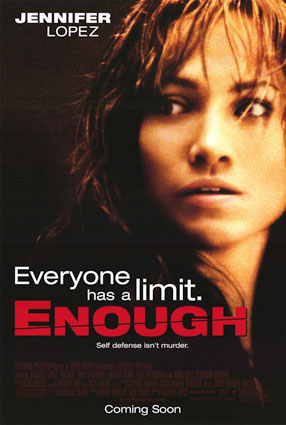 This 2002 thriller, directed by Michael Apted, is basically a Lifetime Movie of the Week, on the big-screen, turned Up To Eleven.

Stars Jennifer Lopez as Slim, a woman who leaves her evil husband behind. However, he turns out to be rather determined to bring her back, so she might have to fight back...