Film / While You Were Sleeping 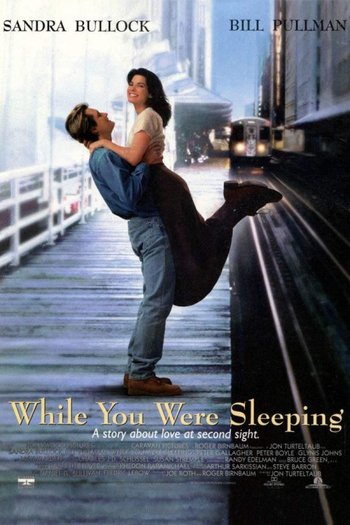 Lucy is a lonely transit worker in Chicago who by chance is mistaken for the fiancée of a rich bachelor named Peter (Peter Gallagher) when the latter gets mugged on Christmas Day and falls into a coma. His family are very welcoming to her and she finds herself slowly falling in love with the whole charade... when Peter's younger brother Jack (Bill Pullman) arrives, and suspects that not all is as it appears. Things become even more complicated when Lucy finds herself falling in love with him instead.

Bullock received a nomination for a Best Actress Golden Globe for this movie.