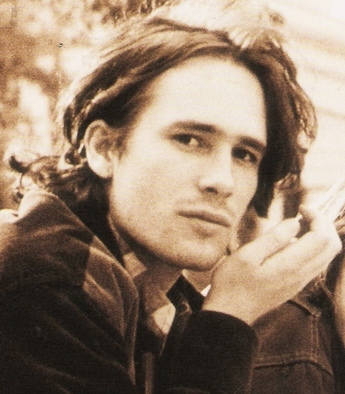 "I don't write my music for Sony. I write it for the people who are screaming down the road crying to a full-blast stereo."
Advertisement:

Jeffrey Scott "Jeff" Buckley (also known as Scott Moorhead, November 17, 1966 – May 29, 1997) was an American singer-songwriter and guitarist. Despite passing away at only 30, with only one studio album and a handful of EPs to his name, he is fondly remembered as one of the most inspired and influential singer/songwriters of the 1990s.

The son of Tim Buckley, his first public exposure was in New York City singing and playing guitar with the loosely knit supergroup Gods and Monsters. After that, he worked in Los Angeles, singing mostly cover songs until he garnered the interest of Columbia Records, which led to the creation of his first and only studio album, Grace, released in 1994. Working on that album was Record Producer Andy Wallace, who previously made a name for himself mixing Nirvana's Nevermind.

Buckley spent much of the next two years promoting Grace. Sales of the album were mostly lackluster, and the songs received little play on the radio. Despite that, he was a critical darling and received almost entirely positive reviews. His cover of "Hallelujah" was noted as one of his best efforts and among the greatest songs of all time. Jimmy Page even called Grace his "favorite album of all time", high praise from the man Buckley counted as one of his chief influences.

In early 1997, Buckley moved to Memphis to begin work on his second album, recording 4-track demos at his house in preparation for a recording session with Wallace, while also playing gigs at Barristers', a small club in downtown Memphis underneath a car park. But then tragedy struck.

On May 29, 1997, he disappeared while going for an evening swim in Wolf River Harbor, a channel of the Mississippi river; having waded out into the river, fully dressed, while shouting the lyrics to "Whole Lotta Love", he was swept away while a friend was moving their belongings away from the incoming tide. His body wasn't found until June 4. After an autopsy, it was confirmed that Buckley had taken no illegal drugs or alcohol, and his death was entirely accidental.

After his death, it was decided by Buckley's mother to release an incomplete version of Jeff's second album, My Sweetheart the Drunk. Due to the album's unfinished nature, it was retitled Sketches for My Sweetheart the Drunk. The album itself is even less known than its predecessor, but among serious fans it has the status of being just as good, if not better, than Grace. That being said, the album is obviously unfinished, with many songs suffering from poor audio quality and general oddities in terms of songwriting.

In the years since, Buckley's popularity has grown. "Hallelujah" eventually became the number 1 single on iTunes for a time, and several of his demos were released posthumously.

Two movies based on his life have been made: Greetings from Tim Buckley, played there by Penn Badgley, and Mystery White Boy (a nickname Jeff often went under whilst touring), played there by Reeve Carney.

His work provides examples of