Music / Sketches for My Sweetheart the Drunk 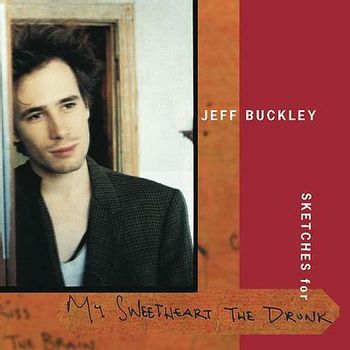 Everybody here wants you back, Jeff...
Advertisement:

Sketches for My Sweetheart the Drunk is a compilation album by Jeff Buckley, released in May 1998 a year after his death. The album consists of polished studio tracks and 4-track home demos for his planned sophomore studio album My Sweetheart, the Drunk.

For the album, Buckley first recorded several songs in Manhattan with Television guitarist Tom Verlaine as producer in 1996 and early 1997, but he and his band were dissatisfied with the results, and some tension plagued these sessions due to the band's changing lineup (Grace drummer Matt Johnson bolted after the first recordings, and was replaced with Parker Kindred).

Buckley and the band took another hack at recording the songs with Verlaine in Memphis in February, but he was dissatisfied with the results again and fired Verlaine, asking Grace producer Andy Wallace to return as a replacement. He continued to record several 4-track demos in preparation for the session with Wallace, and sent his band back to New York while he stayed behind to work, mailing them the results (much to their excitement). The band was scheduled to return to Memphis for rehearsals and recording on 29 May 1997, but on that evening Buckley accidentally drowned in the Wolf River.

The album was ultimately released posthumously as a double album, with the first CD containing all the previously-recorded, Verlaine-produced material Buckley had rejected, and the second CD containing Buckley's unfinished home demos. The album is generally considered good, but really jarring, as the potential the album could have had brings sadness to many listeners. What also didn't help was that Verlaine was really pushing for hits to be written, as Grace suffered slight sales disappointment in the eyes of Sony. Imagine the producer's insistence on hits combined with Buckley's above-mentioned perfectionism. That's what amounted to this album being recorded. This is where Buckley's famous quote "I write music for people who are crying on the highway to a blasting stereo" came from.

The album is best remembered for the song "Everybody Here Wants You", which was a minor hit in many countries.

Tropes for My Sweetheart the Drunk