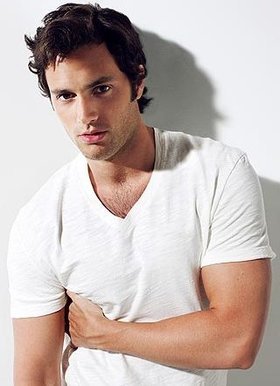 Penn Dayton Badgley (born November 1, 1986 in Baltimore, Maryland) is an American actor and singer-songwriter. He's perhaps best known for his role as Dan Humphrey on Gossip Girl, who was ultimately revealed to be the titular character in its series finale, and as Joe Goldberg on You (2018). He's also appeared in the films Easy A (as Emma Stone's love interest) and Greetings From Tim Buckley as the late musician Jeff Buckley.

In addition to his acting career, he's also a musician, serving as the lead singer of the band MOTHXR. Their debut album, Centerfold, is set for release in early 2016.

He married singer Domino Kirke in 2017. They have a son, born in 2020. As a member of the Baháʼí Faith, he's spoken out against Baháʼís being persecuted by the Iranian government.

Tropes associated with Penn Badgley and his characters include: