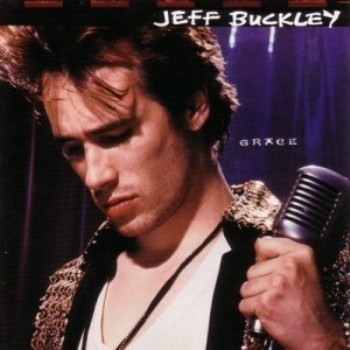 She's the tear that hangs inside my soul forever!
"Technically he was the best singer that appeared, that had appeared, probably, I'm not being too liberal about this if I say in two decades. I started to play "Grace" constantly, constantly and the more, the more I listened to the album, the more, the more I heard — the more I appreciated of Jeff and Jeff's talents and Jeff's total ability to which he was just a wizard and it was close to being my favorite album of the decade."
—Jimmy Page in the BBC Documentary "Everybody Here Wants You" (2002).
Advertisement:

"Last Goodbye" was Buckley's only chart hit during his lifetime, peaking at #19 on Billboard's Modern Rock Tracks (now Alternative Songs) chart. However, nowadays "Hallelujah" has become the most famous track of the album and in 2013 it has been included in the National Recording Registry.

Troper, You Should've Come Over