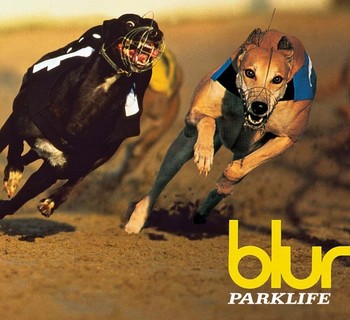 After the critically acclaimed yet commercially disappointing Modern Life Is Rubbish, the band returned to prominence in the UK music scene (especially in the rapidly growing Britpop movement) with this release, spawning the hit singles "Girls & Boys", "Parklife", "End of a Century", and "To the End", which charted at #5, #10, #19, and #16, respectively.

Unlike their previous releases, this frothy blend of pop and alternative rock managed to win over practically every critic in Europe, who hailed it as a classic mix of style, wit, and good songs. Its critical and commercial reception has only grown since its release; it is often considered one of the 1990s' best albums.

Who's that trope lord marching?: