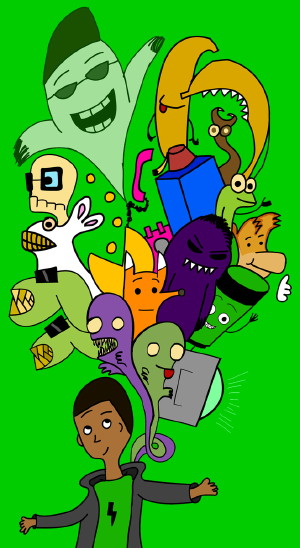 "Hey there. I'm Tre and I make music sometimes."

Trevor Whatevr is the stage name of an Electronic Music producer hailing from the southeastern United States. Born October 19, 1996, Trevor (otherwise known simply as Tre) started releasing "music" under the stage name Tre Stuck in 2012, armed with nothing but a Mac with GarageBand and a sense of ambition far outweighing his actual talent. His first (and only) album under the name, District 76, released in May of that year to middling reception; slightly discouraged but undeterred, he vowed to try his hand at production once again. After another false start, he finally settled upon the music production and sharing site Audiotool, where under his new (and current) name he made his debut with the Esoteric Pads extended play.

Since then, the newly christened Whatevr has released two albums and two more extended plays, with his music progressively growing in both scope and skill. Only time will tell if he manages to break into the indie electronic music scene, but until then, he'll be plunking out new projects and making his way up the ranks of the Audiotool community.

Tropes pertaining to him and his music: