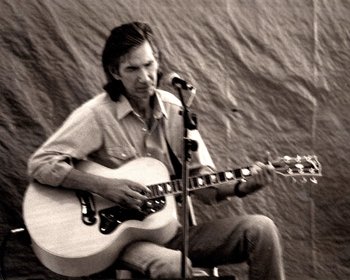 John Townes Van Zandt (March 7, 1944 – January 1, 1997), better known as Townes Van Zandt, was a critically acclaimed American singer-songwriter. Much of Van Zandt’s musical canon–-songs such as "Pancho and Lefty", "For the Sake of the Song", "Tecumseh Valley", "Rex’s Blues" and "To Live is to Fly"—are widely considered masterpieces of American folk music. His musical style is often described as melancholy in sound and delivery with rich and poetic lyrics. During his early years, Van Zandt was widely respected for his guitar playing and finger-picking ability.

He is the subject of the 2004 documentary Be Here To Love Me.