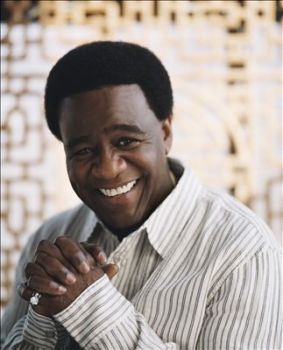 Albert Leornes Greene (born April 13, 1946) is a Soul artist, best known for the hits "Tired Of Being Alone", "I'm Still In Love With You", "Love And Happiness" and his Signature Song "Let's Stay Together".

Green was raised in a religious household, but when his father caught him listening to Jackie Wilson he kicked him out of the house. From the very start Green was very open to different kinds of genres, both Gospel Music like Mahalia Jackson, Rock & Roll artists like Elvis Presley as well as Soul artists like Wilson Pickett and Sam Cooke. He started recording in the 1960s, first with a band, Al Greene & The Soul Mates who scored a hit with "Back Up Train" (1967). Since their follow-up singles didn't have the same impact Green decided to go solo.

In the 1970s Green became one of the most succesful soul artists of all time. Sadly a Stalker with a Crush assaulted Green in 1974 and wanted to get married to him, despite already being married herself. She committed suicide as result, which made Green decide to ordain himself as pastor. He founded the Full Gospel Tabernacle Church in Memphis in 1976 (and still presides there). His repertoire changed from soul to Gospel Music and became more religiously inspired too. He scored a hit in 1988 with Annie Lennox, covering Jackie DeShannon's "Put A Little Love In Your Heart" for the Scrooged soundtrack.

He is one of the few soul singers to be inducted in the Rock and Roll Hall of Fame,which happened in 1995. In 2004 he was also entered into the Gospel Music Hall Of Fame and the Songwriters Hall Of Fame. In 2002 he received the Grammy Lifetime Achievement Award. In 2010 the song "Let's Stay Together" was inducted in the National Recording Registry for being "historically, culturally and aesthetically significant."

Albums with their own entry on TV Tropes