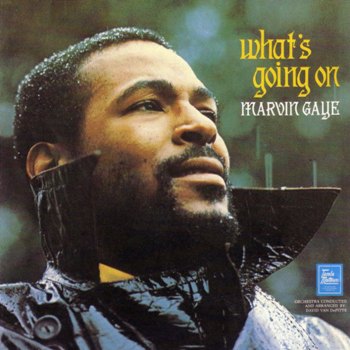 Talk to me, so you can see, what's going on.
Advertisement:

What's Going On is the eleventh studio album by Marvin Gaye, released in 1971. It's a socially conscious Concept Album with a lot of songs addressing both political and social issues, as well as more general topics such as love. The album was created as a response to Motown's business practices at the time, in which they only focused on singles sales and completely cut their artists out of the album-creating process; their albums were essentially Greatest Hits after Greatest Hits before Gaye released this album, proving viability of the album format for the label. Berry Gordy was obsessed with quality control; he tried to veto the release of successful songs like "What's Going On" and "Ain't Too Proud to Beg", because he thought they wouldn't cross over well enough. Marvin Gaye and Stevie Wonder both ended up threatening to stop recording unless their demands were met. This album was also the very first to give official credits to the Motown backing band, the Funk Brothers.